Criminal Charges Put Your Reputation, Livelihood and Freedom on the Line.
Contact Us Now For a Free Consultation
Home
Attorney Profile
Michael A. Coffino 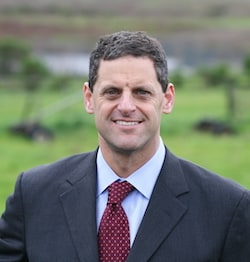 A high school track All-American, he represented Oregon at the Pac-10 championships and in 2009 was inducted into the Marin Athletic Foundation Hall of Fame.

Mr. Coffino has practiced criminal law for over 20 years and has handled thousands of criminal cases, including cases carrying potential life sentences.

With an ability to clearly explain legal concepts to a non-legal audience, Mr. Coffino has an outstanding record of success at trial. He has won acquittals at trial for clients charged with murder, rape, robbery, kidnapping, child molestation, weapon possession, battery on peace officers, child abuse with great bodily injury, and other kinds of crimes. He has handled thousands of misdemeanor cases as well, winning unanimous “not guilty” verdicts at trial in drunk driving, vandalism, drug possession, burglary, driving on a suspended license, theft, and other routine misdemeanors.

He routinely represents prisoners at San Quentin who are charged with new in-prison offenses. He has won acquittals at jury trial in several San Quentin prison cases, as well as a dismissal after preliminary hearing in a case where his client faced 25 years to life.

Mr. Coffino was an intellectual property and commercial litigator from 1996 to 2001 and is also admitted to practice in New York. He began his criminal defense career in 2001 as a public defender in Lake County and Marin County. Mr. Coffino now represents people facing criminal charges in state and federal court throughout the San Francisco Bay Area.

In 2016 in Marin County Mr. Coffino ran for election as a Superior Court Judge and received over 55,000 votes, or 47.51 percent of the total vote. No criminal defense attorney in county history has ever received more votes for judge.

Five of Mr. Coffino's cases have resulted in published opinions by the California Court of Appeal. People v. Castagne (2008) 166 Cal.App.4th 727 made new law in California by broadening the availability of rehabilitation programs for drug addicts who had previous treatment failures. The others are:

Mr. Coffino has extensive experience in legal writing and publishing. He is a past editor at Congressional Quarterly Press in Washington, D.C. and is credited in, among other publications, Constitutional Law for a Changing America: Rights, Liberties and Justice by professor Lee Epstein, et al.; Administrative Law: Cases and Comments by professor Christine Harrington; and The Law of Journalism and Mass Communication by professor Robert Trager, et al.

Mr. Coffino’s own scholarly writing has been cited in the Columbia Law Review, Michigan Law Review, Tennessee Law Review, and a half-dozen other academic journals.

Contact Us
Practice Areas
Client Reviews
★★★★★
Mr.Coffino saved me! He and his investigator got evidence that I didn't commit the crime I was accused of: Felony Assault With a Deadly Weapon. Charge was dismissed. Mr. Coffino is highly intelligent, professional, and actually cared about me. This is the attorney that the Marin IJ stated "the best attorney money can't buy" when he worked for the Public Defender's Office. And he really cares about his clients!!! JR
★★★★★
Mike is an amazing, strong, and articulate lawyer that will not only point out the facts that are relevant to one's case but, will make sure that he has addressed every concern that you have to the court/judge. I was also very impressed with Mike's closing arguments. They were strong, very well referenced, and specific to the my case. For those that are wondering if Mike is the man for the job, HE is definitely the MAN you want representing you in your case. EM
★★★★★
I had some experience with lawyers in the past but not like Mike. He was a bulldog in the courtroom. His closing arguments were off the charts and we won. Thanks Mike!!! CH
★★★★★
Best attorney I could of asked for. I never had any doubts about him, I knew from the beginning he was going to do his best to help me and that was exactly what he did. Very informative about what was going on, he would lay out a plan and do exactly as he would say. Very good attorney. Strongly recommended. AM
★★★★★
I’ll never be able to explain everything you did for me. He did so much in my domestic violence case. When I called, he answered every time. He was there for me. He saved my life. What more can I say? I will never be able to repay him. FM
View More
Submit a Law Firm Client Review